In recent years, the mobile market grew rapidly due to the active expansion of the smartphone and tablet user base. Game studios’ revenues have only been growing, as has been repeatedly confirmed by analysts at App Annie – revenue from mobile games on iOS and Google Play has increased by 35% since Q2 2015. 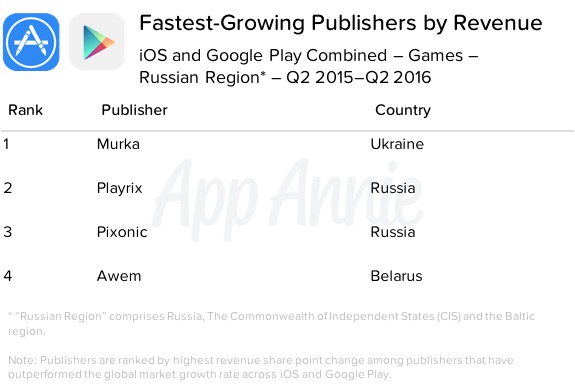 Pixonic’s revenue grew by 20% in Q3 2016 alone, leading to us getting ranked 8th amongst mobile game developers in the CIS by revenue in App Annie’s latest report. We were also ranked third amongst fastest-growing companies, falling short of Murka and Playrix. 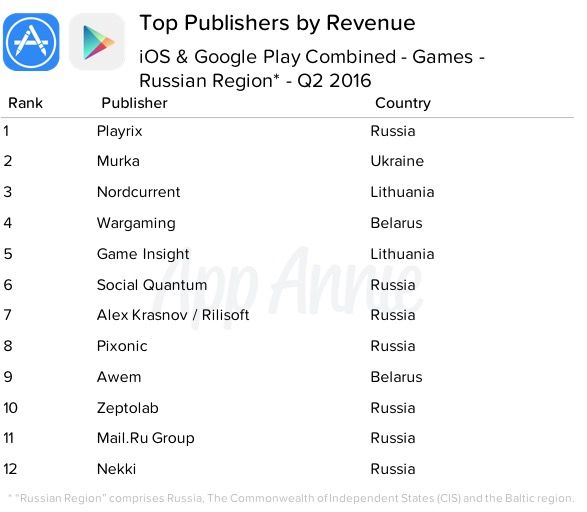 It is worth noting that Pixonic was not ranked in the CIS revenue top-10 in the same quarter of 2015.